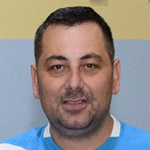 • As a competitor he played for the national team of FR Yugoslavia at 4 European Championships in cadet and junior competition (1993-1996);
• Cadet Champion of FR Yugoslavia, twice runner-up at the Junior National Championship, Cadet and Junior winner of the Top 12;
• Appeared for STK Zmajevo, STK Beočin and STK Vojvodina from Novi Sad competing in Super and First League 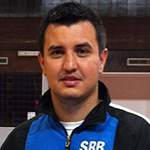 AS A SELECTOR OF WOMEN'S JUNIOR AND CADET NATIONAL TEAM

In the Top 10 we had 3 of our junior players Šurjan, Jokić, cadet Tominjak
1-PLACE ŠURJAN SABINA, WON THE TOP 10 OF EUROPE WITHOUT DEFEAT WITH A SCORE OF 9: 0

As a national team selector, a participant with the women's junior national team at the WORLD CHAMPIONSHIP IN AUSTRALIA IN 2018. Our selection, consisting of Šurjan, Jokić and Menger, took 10th place.

As the selector of the cadet national team of Serbia, they won 20 medals at the Balkan Games with cadets and juniors.

As a selector of the cadet national team of Serbia, they won a Bronze Medal (as a team) at the ITTF Serbia Circuit Cadet Open in Vrnjačka Banja in 2015.

As a player, I was a member of the Serbian national team from 2000-2008 and went through all the national teams.
Winner of the Team Medal at the World Youth Championship in Tiszauivaros (Hungary) in 2002.
Balkan Youth Championship 2005 (Turkey) 2-PLACE DOUBLE, 3-PLACE TEAM.
Participant in 4 European Championships, Balkan Championships and numerous international and domestic competitions.
Player of the Table Tennis Club RED STAR from Belgrade from 2002-2009. with which I won one junior and one senior state title.
From 2009 to 2016 he played in the German League (2 Bundesliga, Regional Liga)
Two German 2-Bundesliga titles, one with the Tegernheim team in 2010. and one with the Frickenhausen team in 2011.
In 2017, he returned to his home club Crvena Zvezda Belgrade, where I still play today. 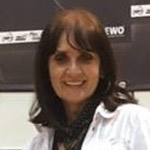 She has achieved remarkable results in the field of sports, as a player and coach. She started playing table tennis at the age of 9. As a player, she successfully defended the colors in Vojvodina's national team jersey in which the best table tennis of the former Yugoslavia was played and won medals at national as well as many international major competitions. She has won numerous awards and recognitions for she's many years of teaching and coaching at the European level. It builds on the success of its students and players, such as: 1 World Cup medal, 5 European Championship medal, 42 Balkan Championship medal, and a large number of medals from international and domestic competitions. She successfully led the women's team in the Super League of Serbia. Its players are the national team of Serbia in all categories - from cadets to seniors, which speaks of good and continuous work over decades.

Made a lot of national team players: Dragan Subotić - German league, Galonja Maria (Super League player of Spain, league of France, Portugal and Switzerland), Nikola Grbić, Aleksa Adamović, Ivan Kohanec, Djilas Nemanja, Banjac Petra, Radak Sara and many others who wore a Serbian jersey. As a coach of the Serbian national team, she won medals with both women's and men's selections and worthily represented her country as a coach. With her dedication and work, results and personality traits she has created a great reputation among the coaches of Europe and the world who greatly value her work and reputation, as well as a large number of friends. She has participated in the work of international camps and seminars across Europe as a representative of the Serbian Table Tennis Association and her club, and has gained extensive experience in such work with children, as well as exchanged positive work experiences. Conducted summer camps at the Table tennis association of Vojvodina. Invited by the European Table Tennis Federation (ETTU) to hold a coaching seminar. Worked with several Chinese trainers in various camps and seminars. She is very creative in her work, which contributes to a high degree of motivation of students and players in the classes and in training and the desire to move forward.